The Anthro Dragon is probably one of my favorite Bad Dragon toy.

Witch one is right for you?

This toy is the only one that will actually trust it self in you, and that’s no joke; now lets see why…

Head
The head of this toy is beautiful human looking with a really thick pulled back foreskin. This head might prove a problem to people not experience with blunt toys, and having the thickest part of the toy right near the tip might be a turn off to furs having trouble taking this toy at first; But once you get past it you’ll quickly learn why this is one of my favorite toys. Lets break it down with a math equation.

Once you get against the foreskin of the Anthro Dragon toy, you need to apply a lot of pressure to get it in, that energy is stored in its flexible shaft; and once foreskin slips in, the rest of the toy forces it self in with it. This is really an amazing feeling that will always catch you off guard. Other noteworthy additions to the head is a very slight urethra cut that adds to the realistic look of this toy, Bad Dragon always goes above and behold on the details.

Shaft
The shaft of this toy has a very uniform thickness from head to base the. The Entire length of the toy is covered in a type of banded like belly scales, witch pulls off a really good look. It also has a very slight vain running on both sides of the toy, purely an aesthetic feature, but a good one!

Base
Like many of the Bad Dragon toys, the base of the Anthro Dragon is adorned with a nice plump set of balls with the same banding as on the shaft. Both of mine stand up well on there own, witch is a feature I like in toys.

Optoins
I would Fully recommend getting the split core featuer, espeally if going with the small model. The harder inside core will keep the toy shift while the softer outside core wont hurt when your using it. 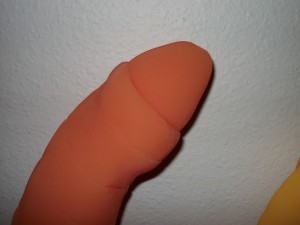 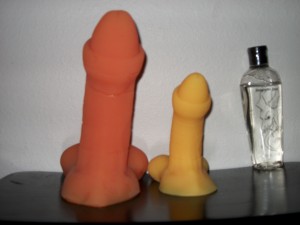 History
When they first released this toy it was model in clay. But the second version of the toy, witch came out a few years ago was re-modeled and 3D printed. The 3D printing let them have much finer details and an over all cleaner look

Look Alike
I dont think it was done on purpose but the Bad Dragon Anthro Dragon toy totally looks like Broken wing. Every detail from the banded belly scales that run down the shaft, to the thick foreskin and plump balls. Identical. And when I get the full size verso, i’m totally getting it in the same colors XP

I for one think that’s a good thing, I like toys that relate to characters. The Wuffamumte toy, the Dragoneer toy (if its every released) if anyone knows any others let me know.